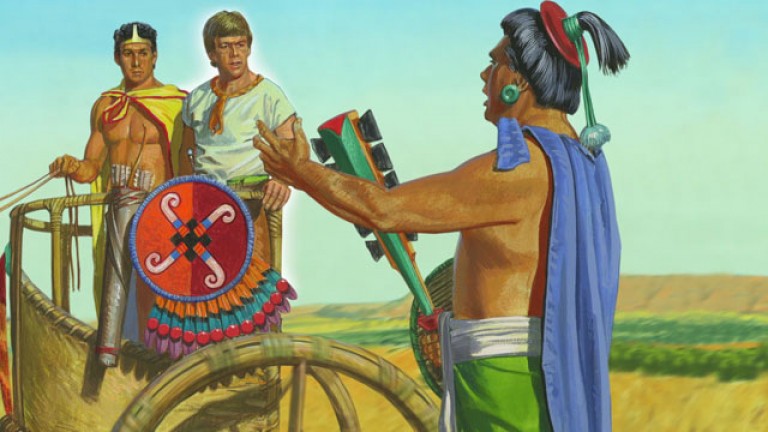 This morning, my husband and I had our daily scripture study together before he left for the day. We’re trying to make it a regular practice to not just read or listen to the scriptures, but to talk about them and how we can apply them to our lives as parents. We’re working our way through the book of Alma right now. People often joke, I’m including us in this, about how long the book of Alma is. But, this is years of missionary work and wars in the land in a condensed form (plus other pertinent gems), from about 91 (to 88) BC to 56 (to 52) BC.

We are parents for a lifetime once our child comes to earth. Essentially we are missionaries to our children for this lifetime and how many chapters in the Book of Mormon could we take up with our life’s lessons learned in parenting? I personally could fill up a host of chapters, because I’m a major work in progress, with many flaws.

The chapters leading up to the one where King Lamoni’s father comes into the picture are quite remarkable, and I think an important part of the story.

In Chapter 17: Alma journeys southward starting from Gideon and down to Manti. He meets up with the sons of Mosiah and was astonished. Understandable, as I’m astonished when I meet someone I know in a city I’ve travelled far away to visit.

Then the story of Ammon, one of the sons of Mosiah, begins. Ammon went to the land of Ishmael. As he entered the land, the Lamanites tied him up and took him to King Lamoni. He speaks with the king and tells he he wishes to live in the land-even until he dies. The king was pleased with him and untied him. He offers one of his daughters to be Ammon’s wife which he refuses and tells him he’d rather become his servant.

The king gives him charge over his flocks. Other Lamonites scattered the flocks when they were watering them. The servants began to weep and fear that they might be killed if the king found out. Ammon saw this as a missionary opportunity and a chance to save the situation (or the day) that their hearts might be opened to his message. He encourages them and went in search of the flocks of the king and gathered them back together at the watering place. Again, the trouble makers returned and came to circle themselves around the flocks to scatter them again. Ammon uses his sling shot at them. As others came toward him with clubs, Ammon slices their arms off with his sword as they tried to attack. After they realized they couldn’t beat him, and seeing other men’s arms being chopped off, the rest of them ran off. He calmly goes back to the flocks. Because this is the days before the news, phones, or any way that news or pictures could travel, they carried the cut off arms to the king to tell him what happened.

Chapter 18-19 King Lamoni hears the testimony of his servants about Ammon’s faithful service. He was so impressed with Ammon that he calls him to him. Ammon interprets the kings thoughts and then teaches the king about God. He shares his testimony and the king is so touched that he falls down to the earth as if he’s dead.

Ammon, was a son of Mosiah, and if you’ll remember, he was part of the “gang” of youth trying to turn the hearts away from the church. He witnessed his friend Alma, the younger’s conversion, where he does the same thing and falls to the earth as if he was dead. I personally believe that, in addition to the whisperings of the Spirit, this was another reason he was confident that the king was not dead and could comfort the queen with this knowledge. Heavenly Father often brings into our sphere of influence people who have similar experiences so that we can help them better.

Many people were converted to the gospel and baptized because of King Lamoni and his household’s conversions.

Chapter 20 is the chapter where King Lamoni’s father comes into the picture. Lamoni wants his father to meet Ammon. Ammon is warned of the Lord to not go as the king will seek his life. Instead he goes to Middoni to get his brothers out of prison. Lamoni wondered how he knew that his brothers were in prison and Ammon explains he knew because of the spirit of the Lord. Lamoni knew the king of this land and went with Ammon to help plead his case. Who should they meet along the way? The king of all the lands, Lamoni’s father. He was not happy that Lamoni didn’t show up for the feast on the great day and asked him why he was traveling with a Nephite, who he called “children of a liar” (vs. 10)

Lamoni was a humble son, who gave a soft answer and was respectful. He explained to his father where he was going. He explained why he hadn’t come to the feast and all the good things that had happened.

And now when Lamoni had rehearsed unto him all these things, behold, to his astonishment, his father was angry with him, and said: Lamoni, thou art going to deliver these Nephites, who are sons of a liar. Behold, he robbed our fathers; and now his children are also come amongst us that they may, by their cunning and their lyings, deceive us, that they again may rob us of our property.

But Lamoni said unto him: I will not slay Ammon, neither will I return to the land of Ishmael, but I go to the land of Middoni that I may release the brethren of Ammon, for I know that they are just men and holy prophets of the true God.

Now when his father had heard these words, he was angry with him, and he drew his sword that he might smite him to the earth.

But Ammon stood forth and said unto him: Behold, thou shalt not slay thy son; nevertheless, it were better that he should fall than thee, for behold, he has repented of his sins; but if thou shouldst fall at this time, in thine anger, thy soul could not be saved. (Alma 20:13-17)

How many times as parents have we gotten angry and said or threatened things we shouldn’t have? Hopefully not to this extreme, but that doesn’t mean extreme thoughts don’t come into our minds during these times.

Anger is a universal phenomenon, but it doesn’t make it right. Anger causes us to lose our self-control. Anger gives us a negative power and with it, we often justify our pride- “We are right and no one else can be.”

King Lamoni’s father was also more concerned with his property and his kingdom. He was fearful of someone taking over it that he was not willing to listen to what his son was saying. His fear won over his heart. As parents, it is important to recognize our fears that block us from being better parents. (See Fear-Based Parenting) How many times are we more worried about or upset over something worldly based, like a broken dish, that our fury causes us to shut our hearts and our ears and refuse to listen?

But, King Lamoni’s father, or the “old king”, like we can, changed his heart. He listened to the spirit and softened the anger.

(vs 26) “And when he saw that Ammon had no desire to destroy him, and when he also saw the great love he had for his son Lamoni, he was astonished exceedingly, and said: Because this is all that thou hast desired, that I would release thy brethren, and suffer that my son Lamoni should retain his kingdom, behold, I will grant unto you that my son may retain his kingdom from this time and forever; and I will govern him no more—“

As parents, it is important to govern our children with boundaries and healthy limitations. However, are there places that we “govern” our children too much or not enough? Looking at the story of King Lamoni’s father can help us to look at our parenting and prayerfully seek answers to where and how we can change. Healthy parents have open minds, open hearts, and open ears.

« 7 Books Where Women Save the Day 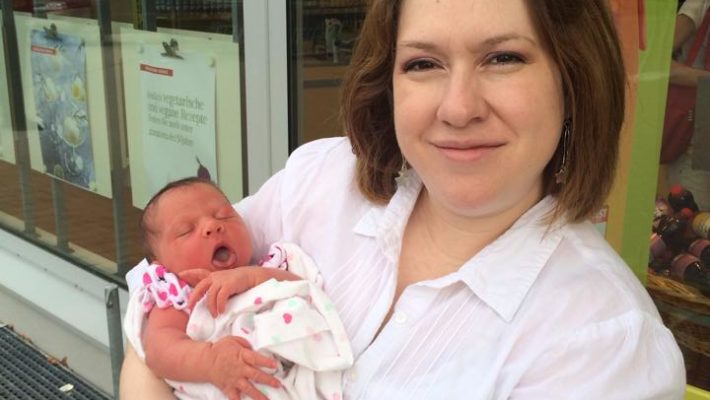 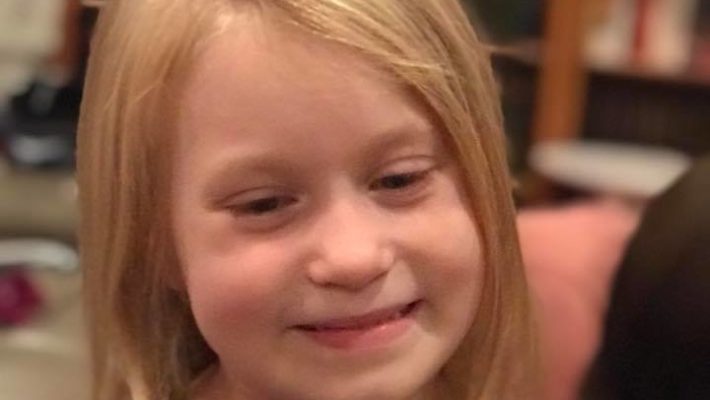 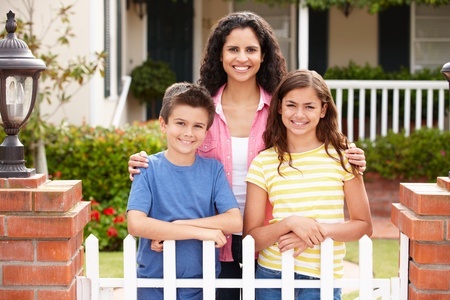